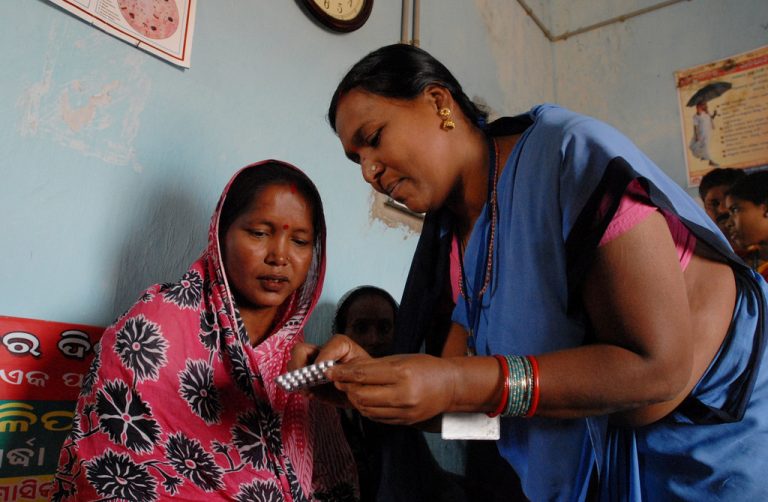 This piece was originally published by Ms. Magazine and is also accessible on the IMPT blog.

In the early 1990’s, I met a young woman named Gelete. I was working as part of an HIV prevention team along the Sudanese border of Ethiopia, and Gelete was one of our team’s most committed local volunteers working to implement our condom distribution program. Growing up, she dreamed of becoming a physician and attending medical school—but, at age 16, she was raped by her teacher, became pregnant and was then ostracized and abandoned by her own family. With no support and a baby to feed, she moved to a small town to work on a coffee plantation. Since coffee bean harvesting is seasonal work with few other opportunities available in the offseason, Gelete joined other young women in similar situations exchanging money for sex to survive.

When I met Gelete, she had tested positive for HIV and was being treated for syphilis. She worried about getting pregnant again and transmitting HIV to a new baby. She also worried about dying of AIDS and leaving her young daughter an orphan. The HIV prevalence rate in this region of Ethiopia was nearly 42 percent among female sex workers at the time, and rates of other STIs were very high, too. Most men refused to wear condoms, and access to contraception was very limited, leaving women unable to protect themselves from STIs or plan their pregnancies.

I returned to the U.S. deeply disheartened to leave behind women like Gelete, knowing they were at high risk for unintended pregnancies and diseases that could negatively impact their lives as well as the lives of their children. As I witnessed firsthand, existing interventions like condoms and education were not enough to address these risks and the reality of women’s lives—and while working on my Ph.D. in epidemiology in Berkeley, California I found that these sexual and reproductive health challenges transcend geography. Whether in the United States or Ethiopia, women needed more options to protect themselves. They needed comprehensive prevention methods they could control and use discreetly.

While MPTs are being developed for women around the world ,especially those who live in geographies like sub-Saharan Africa where HIV and unintended pregnancy rates remain high, the growing STI epidemic in the United States, including California, has also reached crisis levels. Nearly half a million Californians were infected with syphilis, chlamydia or gonorrhea in 2016—marking a 40 percent increase since 2013. Approximately $1 billion is spent annually in California alone on health costs associated with STIs. While teen pregnancy and childbearing are at historic lows in the U.S., in 2015 there were still 24,175 births to teens in California.

I recently sat in California with my 18-year-old daughter while she was getting ready to head out with some friends over the spring holidays, trying to squeeze out as many details as I could about her new college life during a precious week “back home” in the middle of her second semester of college. As a collegiate rower, she balances academics and a rigorous athletic schedule, and fits in a social life where she can. As a mom, I can’t help wishing that she’ll spend her weekends safely in the library or in her room watching Netflix, but I know that’s not realistic. Like many college students, she lives in the dorms, and most of her sliver of social life is spent attending weekend parties with friends.

I not-so-casually brought up safe sex: Were her classmates aware of the risks of sexually transmitted infections (STIs), like HIV, herpes and chlamydia? Do they use protection, like condoms and birth control? She noted that many of her peers are having sex, and while some use the birth control pill or longer acting contraceptive methods, like the IUD, many don’t use condoms consistently despite information about the risk of STIs.

“How do you think people would feel about using something that could provide contraception and prevent STIs at the same time—an alternative to condoms?” I asked. My agenda was obvious, but her reaction was immediate: “Of course people would want that!”

Indeed, approximately 214 million women want, but lack access to, contraception—and nearly 830 women die daily from preventable causes related to pregnancy and childbirth. At the same time, an estimated 1.8 million people are newly infected with HIV each year, and other STIs, such as herpes and chlamydia, are on the rise in many regions of the globe—with a million people infected each day.

Women need more options for comprehensive prevention against STIs, including HIV, as well as unintended pregnancy. My daughter, her peers and women around the world still do not have the full range of options they deserve to protect themselves from the serious health risks caused by STIs and unintended pregnancies. That’s why MPTs have the potential to dramatically impact public health—and why I have been fighting for nearly three decades, alongside dozens of other researchers, to bring such products to market.

When the MPT field first emerged in 2009, I assumed that such game-changing products with the potential of improving and saving the lives of millions of women worldwide would quickly be developed and hit the market. But aside from condoms, no MPT has been brought to market yet, and even compared with other health prevention products, MPTs have received insufficient funding, particularly from the private sector.

Product development is complex and can take a very long time. (Ask anyone working on products for the prevention and treatment of cancer, diabetes and heart disease.) It takes patience and tenacity. While there is no shortage of technical and market-based challenges with MPTs, we have made exciting advances, with over 20 products being tested in various stages of clinical trials. Recognizing their potential, MPTs have been prioritized by the World Health Organization (WHO) and several U.S. government funding agencies, namely the National Institutes of Health and the U.S. Agency for International Development, and there is growing international focus on MPTs among HIV prevention, other STI prevention and family planning researchers and advocates.

With an MPT, Gelete’s daughter could have the ability to avoid HIV and other STIs, stay healthy, complete her education and then have a family—when she is ready. At the same time, thousands of miles away, an MPT could benefit the life of my own daughter and her peers as they navigate through their university years and beyond.

We need to expand the comprehensive prevention tools available to women. At home and abroad, the time is now.